I was a bachelor living like an overgrown college student when I met Christine about 14 years ago. She had the guts to be honest enough to tell me that I was living like a slob as a single professional guy, and that I deserved better. How could I find a date when I used a bed sheet for a living room curtain that hung on paper clips?

She came up with the novel idea of throwing an “Apartment Rearrangement Party” where I provided free pizza and beer in exchange for labor from close friends. In all, 14 people showed up to my place one Saturday evening, and for the next two hours, she directed what furniture should be moved where. Before we knew it, all the furniture was rearranged, none of it was thrown away (although looking back, that’s really what I should have done!), and my apartment was suddenly comfortable in ways I could not have imagined!

It was like an episode out of Queer Eye before that TV show even existed!

The following year, when I purchased my first home and needed to hire an interior designer to revamp the place, I insisted that Christine come with me to look at a model home of a designer I was seriously considering. Immediately after we left, she refused to let me hire him and steered me to my second choice designer who had the right balance between simple, cost-effective and tasteful. Not only did she prevent me from making a huge mistake, but she also saved me a ton of money! She also helped me to review the layout plans before the work began and gave me helpful suggestions to give it just the right touch.

Today, I don’t make any home design decisions without Christine’s input. She has a natural knack for rearranging rooms and furnishings to maximize the flow, comfort, aesthetics, and efficiency. She uses what is already there and doesn’t require spending insane amounts of money. I highly recommend her work. 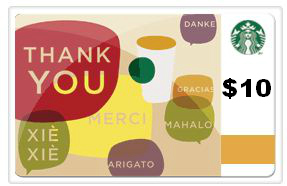